Sep 25 2014 Published by AndyJ under OldBoys

The problem currently faced by the HBO network is that the next season of their flagship show ‘A Game of Thrones’ needs to be filmed before the next book is finished by author, George.R.R.Martin. A similar problem has arisen with the recent match analysis publishing’s from managerial author, Mark.R.R.Becker. Gone are the days of shirting away from work on Friday afternoon to casually flick through a third hand interpretation of Sundays opposition. Division One, in its Emperors Clothing of steeped skill and ability, has demanded a weekly biblical epic from our ethereal leader. The impact is such that even Edmunds, a man with the time of the world at his fingertips, had only made it to Chapter 3 by the time the referee called the captains to the center circle.

Now… Before proceeding to the game of the season (that which none of us must ever speak of again!) a shout out must go to Mrs Hollins. With Mr Hollins bed bound by an illness that WAS DEFINITELY NOT A HANGOVER, our favorite fan made an hour long round trip to drop off the kits with not so much as $3 Heineken to thank her for her efforts! A lady of steeled commitment, effort, and ability. She has our eternal gratitude. But then they do say that opposites attract.

The game was very much a battle of the midfield for the first 20 minutes. CPR lined up with Ochoa, Street, Creighton, and Jens in midfield, facing a strong Manhattan Kickers with a few bone crunching midfielders of their own. CPR certainly had the better of things when a freak back pass fell to the Kickers big center forward and he smashed a low left foot volley under Becker from close range.

CPR continued to have the better possession and it wasn’t long before a Levy free kick was palmed around the post by the outstretched keeper, and Sawyer had a left foot volley come back off the crossbar. CPR finished the half 1-0 down, but definitely with the momentum.

The Mark.R.R.Becker half time team talk is usually presented with more caution than a white mouse in a tampon factory. But not today. We all know that Becker had turned down the opportunity of throwing away his monthly hard earned at a poker table this weekend to step into Penrods ever-elusive shoes, and gambling was clearly still forefront in his mind. The team therefore lined up to attack, and press the advantage they had ended the half with.

CPR laid siege like Stannis Baratheon on Kings Landing and after only 5 minutes of play a towering header from Andy Jones whistled into the back of the net. A carbon copy of the Drogba equalizer in the Champions League final it was not… but the impetus was now firmly with the Rangers.

10 minutes later CPR were 2-1 up as Sawyer picked up a ball from Engler, shrugged off the opposing center-half, and shot low across the stagnant keeper into the far corner. Both he and the goalhammer then found their way into the referee’s notebook for tackles best not elaborated upon.

The goalhammer playing in an advanced role then smashed a ball against the post, before Stower was put through one-on-one with the goalkeeper only to see his shot sail well, well, well…. well, wide of the post. Could he have squared it to Jens? Apparently “the bobble’ in the turf made the outcome the only viable option. A more believable story would have been the last minute distraction by the hot Asian girl sat alone in the stands (come on, we all saw her!) but the bobble was claimed, and it was the bobble he stuck with. (thanks for the lift by the way Stower).  And then Sean smashed in a third goal. 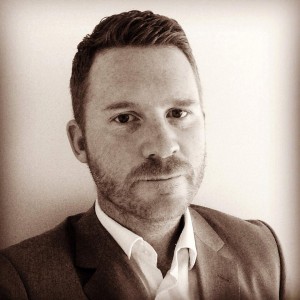 The CPR backline held firm to ward off the opposition threat and big credit must go to One-Eye, Paul, Dudley, Luciano, and Andy ‘Red Anger’ Jones for the best defensive performance of the season so far. Becker must also take credit for a second commanding game between the sticks.

At the referees whistle the euphoria was there for all to see. Its been a while since winning a game felt so good. A mood shared by seeing all 14 players return to Percy’s Tavern for a plate of wings and a cold Colaweizen. Man that shit is good.