Men’s White and Reserves are off this weekend

The Old Boys are off this weekend

Derby and other results from Sept 27th

The Old Boys drew 0-0 with Manhattan Kickers Over-30.

Last year SC Gjoa were the runaway champions, but their performances against the Legends were schizophrenic.  They are far stronger at home with access to local talent than they are when travelling, and such was the case when they only had 8 ready to play at game time.  Although the referee decided to start the game on time, he had already laid down a ‘marker’ by coming over to the Legends, lecturing them about talking back and in particular giving the Vamvouri a tongue lashing.  Not a particularly impressive start to treat a bunch of middle aged men like children, but it was to be only the beginning.

Regarding the game, the Legends were only able to squeeze in a single goal with their numerical superiority, Mckeown again cross/shotting it to the far post.  There were a couple of other half chances but nothing to trouble the stand in keeper, although D’Andrea will wonder how on earth he didn’t bury the ball from 4 feet out.  The short grass field was having its expected effect on control, but in this particular game it was helping Gjoa defend especially when they got to full strength at 20 minutes.  They also happened to be first to every ball, a curious sluggishness affecting most of the Legends.  Their classy #11 centerback was controlling a very well drilled defensive high line that was repeatedly tripping up the Legends.

Half time blew at 42 minutes, with the referee’s bluster justifying the shorting not matched by the evidence of the Legends sideline clock.  A vigorous sideline discussion prepped the Legends for better things in the second half, especially with a good rotation of players & Subah adding his physicality up front.  Gjoa were showing why they were defending champions with their #11 particularly unlucky to be robbed by the woodwork on two thundering free kicks.  Telly Vamvouris in goal was also having an assertive game, covering his box and making his usual athletic saves.  Unfortunately an absorbingly tight game started descending into farce as the referee inserted himself fully into the game, making increasingly ridiculous calls.  On a hard fought one on one with the defender blocking Subah individually the referee  inexplicably called Subah for the foul when either the play should have been allowed to go or the defender should have been called, potentially resulting in a booking/sending off given his last man position.  As both teams started to get riled at the referee he stopped play to lecture both captains.  On the bright side the physical tension was defused as both sides commiserated with each other on having to put up with this bullying clown.  A clinching goal was also denied by the referee calling offside from the halfway line on a ball going backwards to the charging Mckeown.  Somehow the game continued and try as they might to knock the door down, a combination of bad finishing and heroic last ditch defending saw the Legends through to an important victory over a very good team.

Yes, the Legends initially played a short handed side and couldn’t take advantage of other chances.  Yet in previous years they might well have given up a lead, especially with a referee whose jawdropping incompetence could well have cost them the game with numerous dangerous free kicks conceded.  Regardless, its on to the next one.

Yellow Cards: Apparently Mckeown picked up a booking while the mini dictator referee decided to halt the game for several minutes after both sides increasingly protested his ridiculous decisions

Conboy’s aka Reverse Mike D’s: None, although it was very nice of the Simic family to make it over for the game and Ante to play timekeeper

”Mr. Glass” Fragility/Old Man Injury Award: With plenty of playing time to go around, no injuries to speak of

Old Man of the Match:  An outstanding performance by the defence to keep the free scoring Gjoa at bay, admittedly with some help from the woodwork.  A tight vote saw Telly Vamvouris narrowly beat out Pete Hahn for OMoM

Old Man of the Bar: After a healthy 6+ hour session at Mad River it was another few hours at the Dead Poet for Venkataraman and On Call listee Bill Rigby.

El Presidente (new award for Old Men who don’t make it to game but come to the bar): None

Statistic of the week:  Resnik continues to extend his Defensive Shutout lead while Mckeown adds to his scoring prowess from midfield, tied with Steve Pritchard for starting their careers with goals in consecutive games.

Team Bar Night: 4 out of 5. A good 6+ hour session at the first bar with good initial depth, followed by appearances by some Old Boyz, Reds/Reserves & women’s whites.  The second bar was just a bonus

One week after their first loss of the season, CPR Reds got back on track with a signature win 5-1 vs. the NY Ukranians who had finished 3rd place in last year’s Division 2 table. Perhaps it was the fact that the Reds got their captain and undisputed team leader back in Blake Berg or perhaps it was the fact that Quentin Albrecht wanted to have his coming out party, in any case, it was a strong win and  a big statement to the league to watch out for the boys in Red. Albrecht led the way, lighting up the Ukranians for 4 goals with his partner in crime Timur Mone keying in the 5th goal.

The Reds had strong games from Berg who set up 2 of the goals with his strong right boot cross field balls before being forced out of the game following a slide tackle collision. Lance Brune once again was a rock in the central midfield and filled in on defense for Berg; Mark Haroussea was a force to be reckoned with out on the wing keeping the ball moving and creating several opportunities; Chris Valentine also filled in on defense in a week when the squad was missing a few players and held his own well. In the back, Snell held down the goal and as usual Eddie Walter was on a mission to keep the box clear. Shoutout to newcomer Duane Pelz who got his first cap with the firsts and the starting nod at center back.

The Reds face Beyond FC in their next match.

With many guys already missing, things were not looking good for the reserves with only 10 players at the field before kickoff. To the detriment of our first team chances, we had to play Kwesi for the first 25 minutes (somehow he also lasted 90 in the later game despite having a fever all week).  Everton (formerly Clarkstown) turned out to be a rather weak and disorganized side, and we should have taken the lead after 5 minutes, Kwesi easily outran his defender on the left and squared the ball to captain-for-the-1st-time Norelli who made a 60 yard run and was just a fraction too late to tap it in. Everton went on the counter immediately, and Shane made a great save to keep us level. This episode was reflective of the entire first half. Everton were putting no pressure on us in the midfield whatsoever and we were easily creating chances, at the same time, we were exposed more than once when a striker would outpace our back 4 from a long ball. Midway through the half we finally got our lead when Norelli squeezed the ball to Mike Boas in the center of the box for his first of the day. He then almost found the corner flag when through 1-on-1 (Eli who shouldn’t have been playing either set him up), but atoned for it later for his 2nd when Vitaliy beat a couple of guys and found Ricki whose cross Mike turned in with aplomb.

Unlike the Rovers game, we didn’t lose a 2-0 lead this time, but it was not pretty. Everton who were playing with 10 men for most of this half, let us create chance after chance which we kept wasting until finally with some neat combination play Brent squared the ball to Mike again, the keeper made a fine stop, but the rebound fell to Vitaliy, and his follow up was stopped on the line by an Everton hand. Mike stepped up to complete his trick with a well taken penalty to the top right corner. There was time for one more, Mike turned provider with a cross to Fahad at the far post, and the latter’s shot found the bottom near corner. Final score 4-0.

The Central Park Rangers Red Reserve squad played their 3rd match of the season against the NY Ukrainians Reserves, who have had experience playing in the 2nd division and finished third overall last season. It was an uphill battle from the start for the Reds but about halfway into the 1st half, the Reds broke through with a goal off a corner kick by Hunter Norte. It curled into the far top corner, no chance for the goalkeeper to make the stop.

The Reds defense held strong with good play from center back Parris and fullback Frank Hand. An unfortunate penalty near the end of the first half gave NY Ukrainians an opportunity to tie the game.

The half ended 1-1. More opportunities came as NY Ukrainians looked to be running out of juice and center foward Ian deRuiter found an opening late in the 2nd half but a great save was made by the NY Ukrainians goalkeeper.

The Red Reserves are still looking for their first win and with 2 points from 3 games so far this season, a win could do wonders for the team’s confidence moving into the colder fall months. 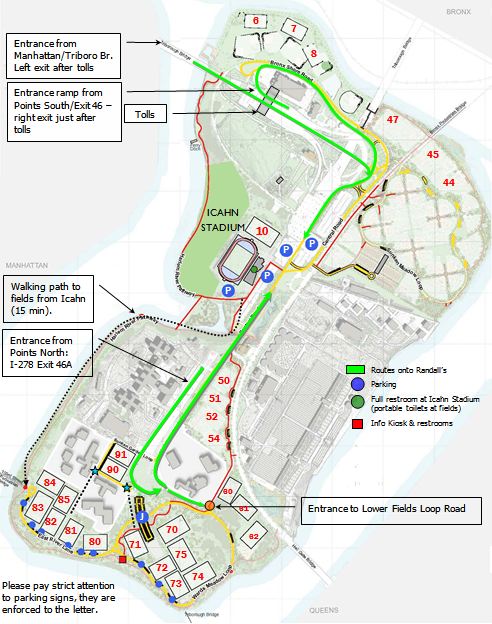 One response so far

It was a slow start to the second game of the season for the Reds. After which found them down two goals after only 10 minutes of play. Due to some defensive absences there were some key roles filled by those playing outside of their usual position. Captains Blake Berg and Ian Nolan were a scratch and the Reds D suffered initially with finding its mojo. CB Eddie Walter predicts the Reds D will never let that happen again. A small consolation might be found in the offensive pressure applied through the next 70 minutes with the Reds continuously looking dangerous but unable to find the back of the potato sack. Man of the match honors goes to the lone goal scorer Quentin who continually found himself in threatening positions creating headaches for the opposition. Look out for Quentin to be a lean, mean goal scoring machine in future matches along side Timur, Richie and Deco. The Reds will look to come out of the gate faster in future matches. Future opponents beware, this weekends score is not an indicator for things to come. This Reds team is ready to make a name for itself once again.