CPR Men’s Red/CPR Men’s Red Reserves are off due to State Cup games, and have another game on the 9th

CPR Old Boys are off due to State Cup games, and have games on the 9th and 16th

CPR Legends are done for the fall leg of the season

Hope to see you back at Blooms after the game!

Match Report: 0 out of 15: Nobody stepped up to write it this week but at least we have the stats.

Mike D’s aka No Shows: None.

”Mr. Glass” Fragility/Old Man Injury Award: Roberts had a short spell off due to injury and was able to return.  With several available subs there was more than enough switching to keep people generally injury free.

Old Man of the Match: Nice result as good performances by most of the squad.  The nod goes to Stower with two assists, and ton of running on the wing at both ends of the pitch.  The impressive spread of food at his place after the game and the forethought to have taped the England game ensured his top finish.  Honorable mention to Jones who proved his versatility by scoring a goal at striker and earning a shutout by providing some needed pace in the back line.  Honorable mention to Pattison who had an impactful run out across the entire midfield and scored a lovely curling shot placed into the upper far side netting to give Legends a needed cushion.  Honorable mention to Frazier for several quality sliding/diving saves, several clearances from above the 18, commanding the area, and generally a very reliable performance.

El Presidente (Old Men who don’t make it to game but come to the bar): N/A, but several additional wives and kids for the post-game at Stower’s.

Statistic of the week:  Jones played most of game in defense and earned 2pts for the shutout, while in a brief rotation at striker earned additional points with the game winning goal.  Team-wise, it was the Legends 50th lifetime victory.

Team Bar Night: 2 out of 5. No turnout to pub from deepest Brooklyn, but had a good turnout at the lovely spread of food and drink put on by the Stower’s.

Hope to see you back at Blooms after the game!

Then hopefully some well earned beers back at Blooms Tavern

Legends celebrate Halloween by digging themselves a grave they can’t clamber out of, lose 6-2

With a surprisingly easy commute despite the marathon, most of the Legends were warmed up and ready to go with more than enough time to spare.  Celtic were ready to go too, the problem was a lack of a referee.  The teams huddled and had a reluctant Celtic volunteer, but resolved to ask the referee of the parallel game to see if he would be interested in refereeing.  It turned out that he was actually the assigned referee, so the game started about 20 minutes late but thankfully with an actual referee.  The Legends were clearly reminded that they needed to communicate more and be more physical with 50-50 challenges, and indeed they started decently.  However, in what was to be the theme of the day an errant pass at the back presented Celtic with a gilt-edged opportunity which they snapped up with glee.  Soon after another mistake at the back allowed a free header into an empty net.  The Legends attempted to get back into the game with Sawyer taking on multiple opponents before hammering the ball inside the side netting to pull one back.  Once again Celtic extended the lead, this time with a well-executed counter.  The Legends were able to quickly pull one back as Azzo slipped Sawyer in for a clinical finish.  Not content with only 2 first half critical defensive mistakes, the Legends added a third one with a juggle of a corner presenting the ball inside the 6-yard box for an easy slam home.

It was a mutinous, disgruntled CPR at half time, angry at their self-immolation. Cauterization was needed on the wounds as Frazier replaced Martins in goal and the team was addressed in no uncertain terms to get their heads focused and their energy levels up.  Indeed, the Legends did come out fiery and pressing and were able to immediately get the ball into the final third.  Unfortunately either their final ball was sloppy or Celtic were able to get a block in to a crucial shot or pass.  A little bit of luck was also lacking as balls ran across the 6 yard box or deflected enough to not score.  Meanwhile as the game opened up, the Celtics dangerous counterattack was always a threat, especially when the Legends went to 3 at the back.  They were able to convert two more times with excellent counterattacking execution, indeed a lesson to the Legends who all too often made the wrong choice.

Clearly one of the more disappointing losses of the season, and one that will have consequences going forward.  With one more game left in the Fall and still heavily in the playoff hunt, the Legends will try to salvage some points going into the break.

Mike D’s aka No Shows: None.

Conboy’s aka Reverse Mike D’s: Hahn was a late addition to the squad, always helpful with his running.

Old Man of the Match: This result was far more discouraging than the previous week.  The game felt like it was there to be won, but multiple self-induced errors resulting in goals were too much to overcome.  Although there was a good group at the pub, there was no discussion of an old man of the match.

Old Man of the Bar: Tier 1 with an honorary mention, turning back the clock with a long multiple NFL game session.

El Presidente (Old Men who don’t make it to game but come to the bar): None (both Edmunds and Rigby dishonorable mentions for not following through).

Statistic of the week:  Venkataraman now has a century of Legends to add to a 116 Metroboys caps and 69 Old Boys caps.  The next round numbers up are 300 CPR caps for Venkataraman, with Resnik hovering close at 96 Legends caps and 290 overall CPR.  Meanwhile the Legends have lost 4 consecutive games while shipping 24 goals and scoring 5.  Steps need to be taken to shore up the porous defence, and will be taken.

Team Bar Night: 4.5 out of 5. About as close to a top pub appearance as can be expected nowadays.  Half the team turned up and most stayed for quite a while, despite no reinforcements from other teams. 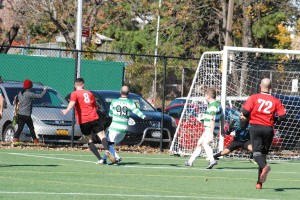